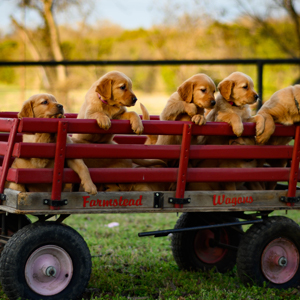 Spaying or neutering your dog might not be the first thing that comes to mind when you envision getting a brand new pup, but it is something to consider within the first year of any dog’s life.

Raising a young dog comes with a long list of perks, most of which we find hopelessly endearing. The endless cuddles. The sweet nose boops. The slightly chaotic zoomies in the yard…  While these charming behaviors light up our days, they can prove cumbersome as our pets age.

Spaying or neutering a dog is often a wise and practical choice for dog owners. Not only can it increase your dog’s life expectancy, but it has also been shown to reduce problem behaviors, curb unwanted pregnancies, and lessen the burden placed on animal shelters in the United States.

3 Benefits of Spaying or Neutering Your Dog

Spaying or neutering your dogs can significantly increase their life expectancy.

When veterinarians spay a female dog, they remove its ovaries and uterus, rendering her sterile. When neutering a dog, a veterinarian performs a castration, removing the testicles and any related structures. Both procedures are simple and can be performed in under 20 minutes.

Neutering or spaying increases life expectancy in dogs by reducing the prevalence of certain cancers and diseases, many of which are associated with a dog’s sex organs. For example, spaying a female dog prior to her first heat can significantly reduce the likelihood that she will develop breast cancer, which kills 50% of its hosts. Neutering also decreases the incidence of testicular cancer in male dogs.

A small number of low-incidence conditions have been correlated with an increase in incidence following sterilization. These are including osteosarcoma, hypothyroidism, and diabetes mellitus. It is important to consult with your veterinarian to discuss your dog’s individual health and history prior to making an appointment for sterilization.

Spaying or neutering your dogs can reduce unwanted behaviors.

As pet owners, we love our dogs unconditionally. Period, end of story. That being said, we wouldn’t mind going without some of their less-appealing behaviors (many of which are associated with being in heat).

A female dog will typically enter her first “heat wave” around six months of age. This period lasts for a couple of weeks and usually occurs twice annually. However, frequency and duration vary with a dog’s breed and size. When a female dog goes into heat, her vulva swells and she will emit a bloody vaginal discharge from her private parts. Her urine becomes heavily concentrated with pheromones and hormones. This sends a signal to male dogs that she is ready to mate.

Some have attributed heat-related behaviors to the full moon or the changing tides, but it’s all about the hormones, baby. Dogs in heat have been known to howl inexplicably and urinate more frequently (as well as inside the house). These behaviors attract the attention of unneutered male dogs, in particular.

When an unneutered male dog picks up on the scent of a female dog in heat, he, too, is more likely to exhibit disruptive behaviors. He may dig holes in the yard to escape or attempt to run away. He is also more likely to mark his territory by urination. Performing a gonadectomy means that females no longer go into heat; thus, these problem behaviors are significantly cut.

Spaying or neutering your dogs reduces unwanted pregnancies and stress on animal shelters.

Spaying a female dog removes her ovaries and uterus, meaning that she is unable to become pregnant. Performing a gonadectomy is much more cost-effective than caring for a litter of puppies resulting from an unwanted pregnancy.

Did you know that dogs are approximately 15 times as prolific as humans? Spaying and neutering your dog can aid in mitigating overpopulation, which places a huge burden on animal shelters. According to the ASPCA, nearly 3.1 million dogs enter United States animal shelters annually. 390,000 of those dogs are euthanized. Spaying or neutering your dog ultimately means that fewer dogs will roam the streets and find their way into these shelters.

On the bright side, over 2 million dogs are adopted from shelters each year. Spaying and neutering dogs can support this process by reducing animal shelter populations. This also decreases the need for euthanasia procedures.

Spaying or neutering dogs is not only beneficial for animal shelters – it improves safety within the entire community. Stray dogs without owners are more likely to cause destruction to property, instigate a vehicle accident, or frighten/harm children and adults.

When is the Best Time to Spay/Neuter My Dog?

The best time to spay or neuter your dog depends on its size. Dogs anticipated to weigh less than 45 pounds as adults should be spayed before they go into their first “heat wave”. This is typically around 5-6 months. While male small-breed dogs should be neutered by six months.

Large-breed dogs (expected to weigh over 45 pounds) should be neutered when they finish growing, around 9-15 months for males and 5-15 months for females.

Healthy pups can be spayed or neutered as early as eight weeks old, though some research findings have shown a correlation between “premature” sterilization (neutering before a dog reaches a year of age) and increased aggression toward strangers or new dogs. Neutering can sometimes exacerbate anxiousness or fear-related responses in a small subgroup of dogs. It is also possible to spay or neuter an adult dog, though doing so can raise the risk of postoperative complications.

It’s Time to Spay or Neuter My Dog: Where Do I Go?

While most dog owners will schedule a spay or neuter procedure at a private veterinary office, there are many other options. We suggest researching spray and neuter clinics in your area. Many primary dog care providers offer mobile clinics that will travel to your home for a quick operation.

It may also be wise to look up voucher programs in your area. These programs assist dog owners by paying a portion of the cost of the spay/neuter procedure. Referral programs such as SpayUSA serve pet owners by linking them to affordable sterilization clinics in their region of the nation.

If you’re currently seeking to adopt a dog, know that many animal shelters will actually spay or neuter a dog before releasing them to the new owner. Typically, they incorporate the cost of the procedure into the adoption fee.

What Else Should I Know Before I Spay or Neuter My Dog?

There is a need for more research on optimal sterilization windows and the impact of gonadectomies on trainability and reducing aggressive behaviors. Some studies indicate that intact dogs are much more trainable than neutered or spayed ones. Other studies reveal that delayed neutering can improve focus and trainability. However, it is also reducing a dog’s prey drive and level of reactivity. On the positive side, gonadectomies are also associated with improved survival rates. This is especially true after male or female dogs have endured severe trauma.

Your dog is a unique living creature. Its size and breed predispose it to certain tendencies while its history and socialization have inevitable impacts on its behavior, as well. We recommend consulting your veterinarian to discuss if spaying or neutering is a good choice for your dog. Take the time to ask questions and weigh any benefits against possible counter reactions. Your pup will be happy you did!

For more information about this subject or general questions you can contact:

Christi Knight, CPDT with Posh Paws Pet Care, LLC
843.900.0438
Visit our website at PoshPawsPetCareSC.com
Or send us a note from our contact page here.

← These 8 Plants are Extremely Harmful to DogsHush, Puppy! Addressing the Issues Behind Too Much Barking →